Can hydrogen revive the fortunes of the turbomachinery industry?

Hydrogen may be the missing link, not just in the world’s shift to carbon neutrality, but in economic recovery from the pandemic. These strong were spoken at a recent virtual conference, “Hydrogen-Ready – Europe’s Plans and Our Contribution,” hosted by EU Turbines.

Panelists Hans van Steen, Acting Director for renewables, R&I and energy efficiency at DG Energy, and Thorsten Herdan, Director General at the German Federal Ministry for Economic Affairs & Energy, noted that power generation may not be among the earliest customers of hydrogen. But hydrogen-powered gas plants can ensure a stable and environmentally sustainable energy supply for Europe. For hydrogen to gain ground, though, it must become cost-effective. That requires concurrent development of both hydrogen infrastructure and hydrogen production.

The European Union’s “Green Deal” set the ambitious goal in 2019 of achieving carbon neutrality by 2050. The EU also intends to phase out natural gas by 2030. That goal may well be overly ambitious (LINK TO Jan/Feb article Can Natural Gas Generation Survive?), But it has spurred investment in hydrogen-based turbomachinery.

The immediate plan is to, slowly but surely, increase the portion of hydrogen in the gas mixtures that power the electric grid. But the panelists view a hydrogen-natural gas blend as no more than a transitional phase. The end goal is the use of renewable hydrogen in its pure form (harnessing surplus renewable energy to produce hydrogen via electrolysis).

The virtual conference zeroed in on two main topics: how to increase hydrogen production to create a competitive market, and how to repurpose existing infrastructure, such as power plants and turbomachinery, to use hydrogen.

Panelists expressed the urgent need for larger investments to increase hydrogen production while generating long-term demand and, eventually, low costs. The cost of continuing to emit carbon may be insufficient on its own, they said, to affect supply and demand. They showcased the Clean Hydrogen Alliance, a network of utilities across Europe, as an example of how utilities can leverage their purchasing power to drive demand, and lower costs, for hydrogen.

Links to the virtual conference: 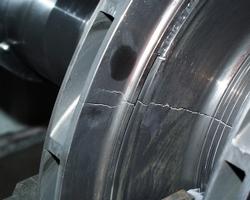 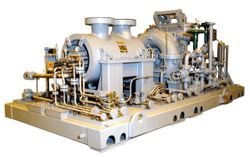 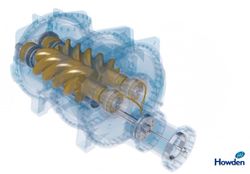 The Powerhouse of Industrial Processes: Centrifugal, screw and reciprocating compressors