Big data, IIoT et al: How useful are they anyway

The Asia Turbomachinery Symposium’s Industrial Summit held July 10, 11 in Kuala Lumpur served as an information sharing platform for turbomachinery users as well as suppliers in the region. A highlight of the event was the various viewpoints in the industry regarding trends such as big data, digitilization and the Industrial Internet of Things. Many saw it as catchwords and fashionable but doubted if they were all that useful.

On Day 1, a lecture was given by representatives of Tri-Sen and Elliott Group who have formed a controls alliance on the compressor digital twin. Introducing the technology, Klaus Brun, Elliott’s R&D director, said that trends like AI, digital twin and IIoT have two drivers. One is that there is a generational change among those working in the industry. They are used to computers and want to see simulation so keen on more electronics. The typical turbomachinery experts who could, out of sheer experience and insight, predict machinery condition is retiring and AI would be required to replace them.

Jim Jacoby, vice president of engineering at Tri-Sen explained the nuances of the digital twin, in which a physics-based simulation of the machine generated by OEM-supplied parameters is compared with the actual. The digital twin tells the operator what parameters the compressor should have for the given operating conditions. Jacoby explained that

On Day 2, a keynote address was given by Hj Khairol Anuar Shukri, head-group technical solutions, project delivery and technology of Petronas.

Petronas, now present in some 40 countries, has developed the Petronas Rotating Equipment Analytics (Protean), an inhouse predictive maintenance solution that covers 79 gas turbines, 35 CI pumps, 50 compressors and 29 generators. While Protean requires decision making by humans, in Protean+, many decisions would be made by the machine for which prescriptive analytics is the key.

Arun Kumar, general manager for reliability and maintenance at HPCL Mittal Energy Limited of India, gave a presentation about his company’s digitization plans. Starting 2016, a plan was put in motion and involved training and orientation of company executives and identifying the suitable vendor. Implementation will start December 2019, said Kumar.

The last session on IIoT saw, yet again, a lively interaction. Arun Kumar talked about how AI was cutting down on downtime. He talked about how polypropylene, a money-spinner for a refinery, would solidify and lead to downtime for weeks. Now, with the implementation of AI, solidification is prevented in a closed-loop feedback system.

Sandip Jadhav, CEO of CCTech, a software solutions firm based in Pune, India, talked about using big data to design butterfly valves. He explained that the aim of a butterfly valve design is to maximize the flow coefficient and minimize the hydrodynamic coefficient. An ensemble of machine learning models for Cv prediction, hydrodynamic torque and so on were used, he said.

Rainer Kurz, turbomachinery expert of Solar Turbines as well as a contributor to Turbomachinery International, asked how to choose between physics-based models and big data. Jadhav responded that in the butterfly valve case, the traditional approach would be to use CFD and attempt a solution to the Navier Stokes equation which would require a trade-off between speed and accuracy. “The effectiveness of machine learning models depends on the data. We used a combination of physics and machine learning. This has reduced cycle time. Physics-based models are not adaptive,” said Jadhav. 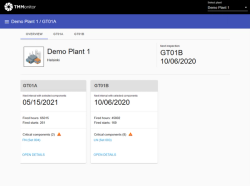 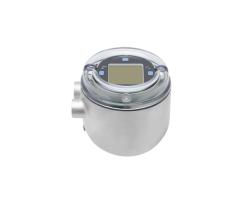