The benefits of a digitalized, software-driven world for turbomachinery include the capacity to handle large amounts of data. Now, engineering teams can run larger, more complex simulations using cloud services and pass data seamlessly between teams.

Just how important is software to the field of turbomachinery? This anecdote provides some insight:

In the summer of 1982, software monitoring a Siberian natural gas pipeline commanded the system to run a pressure test at a dangerously high pressure.

“It was a huge explosion. The Air Force thought it was a 3-kiloton blast,” wrote Thomas C. Reed, a former Air Force secretary who served in the National Security Council, in his 2004 memoir, “At the Abyss: An Insider’s History of the Cold War.”

According to Reed, the CIA planted the code in monitoring software it knew Russia would steal. The code ran fine for months until it triggered the blast, which resulted in no deaths. The story remains disputed, especially by former Russian intelligence officials. True or not, it shows that computer technology creates efficiencies valuable enough to steal and how the software can make or break your turbomachinery.

Computer software has come a long way since 1982. It is used to design new parts, monitor the condition of assets, analyze turbomachinery performance, and automate many functions formerly performed by people. The benefits of a digitalized, software-driven world for turbomachinery include the capacity to handle large amounts of data. Now, engineering teams can run larger, more complex simulations using cloud services and pass data seamlessly between teams.

"The benefits of a digitalized, software-driven world for turbomachinery include the capacity to handle large amounts of data."

Design engineers are increasingly using such simulations to bring their designs to market faster and make them greener and more efficient. The design cycle is shortening as technology improves and competition creates little margin for error. For gas turbines, simulation will be key to success of new fuel types such as hydrogen.

The internet is another factor that has risen the profile of software in turbomachinery. Every new product today connects to the internet in one way or another. Like many industries, advantages come to those who can use that data to create better products in the future. Real-time monitoring, for example, helps companies accumulate huge amounts of data that can later be mined to improve current products and improve future designs.

Concepts NREC offers a suite of tools starting from preliminary design through full 3D computational fluid dynamics (CFD), finite element analysis (FEA), and 5-axis machining of turbomachinery. Together, the system is called the Agile Engineering Design System. The company also co-developed a new system called OMNIS with Numeca International. OMNIS is a user interface for all of the company’s software as well as Numeca’s CFD tools so the user can stay in a single environment for all design and analysis tasks.

“Design engineers are considering manufacturing earlier in the process,” said Dr. Peter Weitzman, President, Agile Engineering Software at Concepts NREC. “Many designers work hand in hand with manufacturing counterparts and in some cases are running 5-axis machining software themselves to ensure manufacturability early in the design process.”

Simcenter is Siemens’ portfolio of simulation tools covering 3D CFD and FEA, 1D system simulation, and other applications. Engineers use these tools to investigate aspects of turbomachinery performance, from the early design phase to the late stages of product development. These tools enable engineers to investigate many options before any physical testing is carried out.

Simcenter tools work together, and transfer data between software and teams, speeding up collaboration. Simcenter is part of Siemens’ Xcelerator portfolio, enabling other systems to be directly integrated with simulation models.

“The digital twin for predictive maintenance is a reality for gas turbines and generators,” said Erik Munktell, Director of Energy & Turbomachinery at  Siemens Digital Industries Software.

Big data and wireless technologies have changed the way engineers design turbomachinery and the way plants use such software.

“The digital twin for predictive maintenance is a reality for gas turbines and generators,” said Erik Munktell, Director of Energy & Turbomachinery at  Siemens Digital Industries Software. “Data from turbines in operation can be fed back to performance simulations, enabling accurate predictions of component reliability. Engineers can plan for maintenance before component failure, reducing costly unplanned downtime.”

SoftInWay offers the AxSTREAM software platform for design, analysis, and optimization of turbomachinery and related systems. The platform is made up of various modules, covering the complete engineering stack, ranging from thermodynamics to aerodynamics, full 3D structural and CFD simulation, as well as

“While digital twin technology is improving each day, we feel that true the digital twin is still very much in its infancy,” said Valentine Moroz, Chief Operations Officer, SoftInWay.

SoftInWay software helps engineers create a digital twin of a turbomachine or power plant and can follow its physical counterpart through the complete lifecycle from initial design specification to deployment, operation, monitoring, and servicing in the field.

Lack of data may be the largest obstacle to improving turbomachines and systems. While existing technology such as wireless sensors can help, the digital twin is going to be key in improving machine quality, performance, and operability.

OEMs are often unwilling to give up proprietary design data to end users. This can impact the validity of digital twin. SoftInWay is attempting to build enough technical assumptions into AxSTREAM to generate the data needed to create accurate digital twins.

“While digital twin technology is improving each day, we feel that true the digital twin is still very much in its infancy,” said Valentine Moroz, Chief Operations Officer, SoftInWay.

2020 has seen a major shift in how companies think about turbomachinery design, simulation and analysis. With many engineers working from home, testing physical hardware in person has grown more difficult due to shutdown restrictions and supply chain bottlenecks. In response, companies are placing stronger emphasis on accurate and fast simulation as well as the ability to perform remotely with a geographically distributed team.

While others in the turbomachinery sector focus on monitoring and simulation software, Mitsubishi Power has a focus on the creation of autonomous power plants. The company is creating the building blocks of the world’s first autonomous power plant, T-Point 2, a grid-connected validation facility featuring the M501JAC gas turbine and the Tomoni digital software suite. Tomoni uses algorithms and massive amounts of data to conduct predictive analysis, monitor the plant’s performance, and make improvements.

The digital platform enables analytics and control systems to improve efficiency, generating more electricity with less fuel. Every aspect of plant operation is monitored and optimized.

CFturbo creates software for the conceptual design of axial, mixed-flow, and radial pumps, blowers, fans compressors, and turbines, as well as vaned stators and volutes. It supports reverse engineering, and components made with CFturbo can be exported to rapid prototyping and AM systems.

“We see major trends in massive CFD and FEA-simulation, including automated design exploration and optimization,” said Mueller. “Additionally, additive manufacturing makes much progress, not only for prototyping, but also for production parts. The aerospace industry drives this development. The development of new turbomachinery will be driven more and more by AI technology which can lead to reduced development cost and time.”

Third Wave Systems sells and supports Finite Element Analysis (FEA) software, and AdvantEdge machine modeling. The software helps users understand and capture data that is otherwise impossible to measure in machining tests. It provides data on stress state of a workpiece and can measure various inputs on performance.

AdvantEdge helps to reduce design iterations, simulate more designs, and adds focus to experimental results for faster decision making. As well as speeding time to market, it can help to improve tool performance by pushing tools to their limits, and analyze stress, temperature, and heat flow.

Individual turbine blades are high-end components that have to meet many different requirements for surface quality and profile accuracy. 5-axis milling processes are commonly used in the production of impellers and blisks.

The machining of impellers and blisks places high demands on CAM software. Standard 5-axis strategies are often insufficient for NC programs to produce these components. Diffusers and casings can also be programmed with the software.

Woodward offers software designed to pair with its custom compressor and steam turbine-based controllers. The software is intended to be a plant’s standard control

platform. Woodward’s Vertex controller is designed for use on industrial-sized axial or centrifugal compressors. Standardization of controllers and related software program is aimed at saving plants in terms of the cost of spare parts and personnel training. Users can configure Vertex to function as a stand-alone control to manage and protect simple isolated plant compressors; or to control multi-function-based compressor packages with more input and output signals and integral network connections to the plant DCS.

“The use of one of these standard application programs, which are already operating and protecting turbomachinery in the field, greatly reduces the risk of a control failure and allows customers to add their own custom site-specific logic and or algorithms,” said Rich Kamphaus, Global Sales Director at Woodward. “Woodward’s new line of controllers, including Vertex, allows customers to easily view and modify control logic, interface with other plant controllers, and modify and expand hardware input/output signals or  program functionality.”

Howden Ventsim Design software is a 3D ventilation solution. Users create a 3D model of tunnels, shafts, and raises using existing 3D drawings. They can simulate and animate airflow and fan behavior in real-time and analyze mine ventilation within a visual environment.

Ventsim Control is a mine ventilation solution, including data analytics tools. Uses can change mine ventilation to fit working schedules and real-time operations. Fan speed is automatically reduced or increased or switched on and off according to shift changes or planned events such as blasting and position of vehicles and personnel.

Bently Nevada, a Baker Hughes subsidiary, sells condition monitoring sensors and software. Its condition monitoring platform, called System 1, collects high resolution vibration, process, and control system data from a Bentley Nevada device, a Programmable Logic Controller, or from another historian. An alarm on any machine-mapped tag will trigger data capture from all other tags.

The strength of Bently Nevada’s platform is that it is centralized. Plant data is often siloed as it is collected concurrently from handheld devices, manufacturer-installed sensors and third-party sensors. Each monitoring tool collects small pockets of information. System 1 is meant to access all plant data and make plant-wide analyses.

GE Digital’s Asset Performance Management (APM) software connects disparate data sources and uses analytics to turn data into actionable insights. APM works across all equipment, all OEMs, and all industries, across the plant, and across the fleet. GE says that software is fast advancing in the energy industry equipment sector, especially advanced analytics, machine learning, and digital twin software. ■ 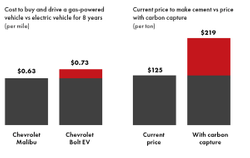