The cleanliness of the gas stream is a key factor in the trouble-free operation and reliability of any compressor. Corrosive, sour or contaminated gases require special provisions and operational considerations. Fouling due to contamination or process reactions can cause rapid degradation and unscheduled shutdowns.

Particular care should be taken when liquids are present in the gas stream. Unlike other compressor types (particularly reciprocating compressors), turbocompressors are more forgiving if the liquid is in the form of a mist.

But a turbocompressor is in danger of severe mechanical damage if suddenly deluged with liquid. For this reason, properly sized suction drums are required to trap any liquids, particularly where there is a possibility of condensation in the suction piping and passages.

Long-term problems have also been reported for mist or small droplets. As a result of erosion, for instance, the effective diameter of the impeller may be reduced over time and could decrease the generated head.

Particles or other forms of contamination are also a concern. Particle size of 30 microns or smaller is probably safe; 80 microns is marginal; 400 microns is too large. The most significant exception to this rule is when gas contains fine, but erosive, particles. In such cases, lower limits should be adopted.

Turbocompressors can be washed on-stream to counteract the effects of fouling. Trial and error help to find the optimum liquid wash and associated parameters, such as rate of flow. The flow should be enough to clean the machine without causing erosion.

In all liquid-injection applications, it is recommended to use tangential sprays when practical. Ideally, the liquid should be injected so it does not impinge on any surface to avoid erosion.

"During the first weeks of operation, all monitoring equipment and sensors should be observed to establish the signature of parameters such as temperature and vibration."

During commissioning, a turbocompressor is started up when all accessories and utilities are connected and ready. Alignment should be monitored as the temperature moves toward the operating level.

Any alignment changes should be properly documented and corrected, if required. This is known as hot alignment, although alignment at operating temperature is a better name for it.

During the first weeks of the operation, all monitoring equipment and sensors should be observed to establish the signature of parameters, such as temperature and vibration. This is used as a baseline for condition monitoring and plays a major role in the overall operation and performance of the unit.

Sometimes, the provided turbocompressor performance curve can be grossly inaccurate as, for instance, long-term operation at the end of the curve at the choke or stone-wall area is not logically possible.

Operating the compressor outside the defined operating envelope is another risk. This can happen due to production and operational pressures, for example. It is important to avoid such a mode of operation.

But if not possible, carefully consider the risks involved. In some cases, it may only reduce efficiency with no significant problem to compressor reliability. But in many other cases, operation outside the allowable envelope is a factor that could seriously impact the reliability and life of the equipment. 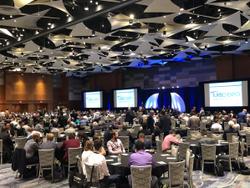 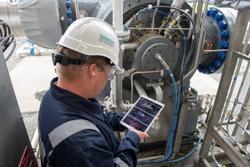 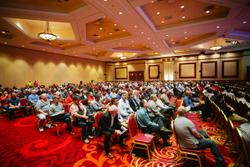