Reliance of turbomachinery on railroads

Delivery of oversized transformers for transmission & distribution, natural gas turbine and power generators, as well as renewable technology such as wind tower sections and blades, rely on the US rail systems. Transporting such cargo takes months of planning and rail engineering resources to identify available specialized rail assets with the right axle spread and deck height to achieve railroad clearance. Should a national rail strike occur, we could see a knock-on effect on railcar availability with, overwhelming delays in delivery. The brief strike of 1992 saw oversized cargoes reach the “back of the line” in delivery priority by management.

Global supply chain disruption and global energy crisis challenges with 9/11, the COVID global pandemic, and the Russia-Ukraine war cause debate on whether these were black swan moments or predictable and hedged with proper risk management. Conventional wisdom leads us to believe a rail strike is unlikely, as it has been decades since the last one.

On July 17th, the White House established a Presidential Emergency Board (PEB) and a 30-day “cooling-off” period as part of the negotiating process under the Railway Labor Act, avoiding an all but certain strike for now. But what if that fails? Will hindsight suggest that the elements of a national transportation crisis and the impact of delays for North American utilities were inevitable? With the US supply chain already in crisis, how would that impact electric utilities and the national grid?

Class I freight railroads and rail unions have been tensely negotiating contract adjustments for nearly 115,000 workers since January 2020. At the crux of the negotiations are working conditions and wage increases, amid ongoing supply chain challenges and record-high inflation. The National Mediation Board recently released the parties from mediation, resulting in a mandated 30-day cooling-off period before self-help by the parties would be permissible. On July 12th, a major rail union voted 99.5% in favor of striking when the cooling-off period ended, which was to begin as early as 00:01 on July 18th.

Overall, the next 60 days will be critical to determining a path forward. After 30 days, the PEB will issue a report with recommendations for a collective bargaining agreement, followed by an additional 30-day cooling-off period. If no agreement is reached by the end of the 60 days, all restrictions are removed. This could result in either a rail union strike or Congress taking action to mandate the PEB recommendations, such as in the 1991 NCCC/Union dispute. For those who remember the 1991 dispute, rail shipping was very difficult, with railcars not moving for weeks at a time.

This all comes on the heels of Surface Transportation Board (STB) service orders stemming from an April hearing regarding the current rail service crisis, where the four major Class I railroads were required to be in attendance. As the STB noted, the railroads have shed nearly 29% of their employees since 2018. The STB has also issued orders to improve and meet service requirements for customers that continue to experience service failures. The STB reported the four railroads submitted inadequate service recovery plans in response to its order, after a hearing that lacked detail and omitted specific recovery plan information required to implement the plans. The STB ordered them to resubmit more detailed plans.

The last time a PEB was initiated nationwide was 2011, and before that in 1991. The most recent of which resulted in continued negotiations between both parties resulting in an increase in pay and meal benefits. A best-case scenario would be a compromise between the two, as railroads are pushing for one-person crews and better financial returns in response to the cost of their employees.

The environment is different than it was in 2011 or 1991, before the Union Pacific and Southern Pacific merger, and what the unions are looking to do is also different. Due to the Precision Scheduled Railroading (PSR) initiatives that have swept the industry and slashed employee numbers, the unions are looking at solidifying the crews per train and attendance policies, whereas the previous disputes were more about pay and benefits.

With the railroads having shown such degradation in service, it is entirely possible additional oversight and regulation will come either via the STB or Congress. Additional regulation would be a major blow to railroads, just as CN-KCS look to merge, creating the first north-south route between Canada, the US, and Mexico. In any case, it means shippers must pay more attention to their decisions on how they ship freight and work with rail providers who can navigate the environment of an increasingly ineffective rail network.

Regardless of whether a strike is initiated or not – PSR has changed the Specialized Rail environment going forward. Scheduling of trains for Specialized Cargo has increased due to the transport configuration of the new trains and the length of trains currently being run. Tracks have been removed or abandoned, resulting in fewer locations to offload. On top of all this are locomotive and crew shortages already hurting transit times and availability. With all these unprecedented variables at play in the rail industry, it will be important to be strategic when planning the movement of Turbomachinery.

Marco Poisler is COO of Global Energy & Capital Projects at UTC Overseas. Poisler is also an Adjunct Professor at the University of Houston Supply Chain & Logistics Program, serves on the Board for the Houston Maritime Center, and has been active in various other industry advisory boards. 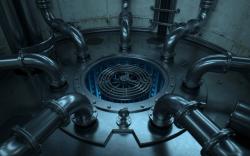