Combined cycle starts up in Wisconsin

Alliant Energy’s West Riverside Energy Center is a combined cycle plant near the city of Beloit in Wisconsin that started commercial operations recently. The plant incorporates a GE 7A.05 gas turbine and complements the company’s growing number of solar and wind facilities. Because it leverages combined-cycle technology, its power output can adjust up and down quickly to fit with the intermittent nature of renewable resources, the company said.

Alliant Energy started construction on the generating station in spring 2017 after receiving approval from the Public Service Commission of Wisconsin. The completed $660 million facility can produce enough power for more than 550,000 homes. Going forward, it will increase local utility shared revenues by more than $3 million annually.

The next step for the project includes constructing a new, integrated solar facility adjacent to the natural gas generating station. The West Riverside solar garden is expected to break ground soon with a planned completion by the end of this year, bringing added benefits to customers. The 6 MW DC solar field will offset auxiliary power at the natural gas plant and increase the sustainability and efficiency of the West Riverside Energy Center. 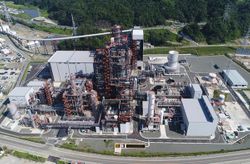 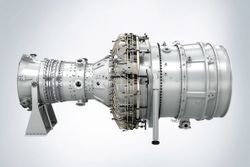