Compressor train replacement: A summary of efficiency and reliability opportunities

Machinery capital cost for the acquisition of a compressor train can be significant. Engineering efforts, therefore, must not be spared when it comes to updating technology and maximizing reliability while controlling capital cost.

Overall costs are impacted by the number of compressor casings needed to achieve the required pressure ratio, the gas mole weigh, flow and materials. Driver selection also plays a key role in lifecycle cost, and is guided by the required reliability and controllability as well as the availability of power, steam or gas to feed the main driver.

The crude oil stabilization process at the Saudi Arabian facility being discussed generates a large amount of light and heavy mixed gases that are compressed downstream for subsequent separation and recovery in natural gas liquid (NGL) plants.

One of the compressors trains installed in the large stabilization oil plant handles a complex chemical composition gas with abundant content of heavy gases including propane, butane and pentane isomers. The average mole weigh of the mix is 42 with the compressor operating at 19,000 HP. The compressor handles a heavy mix gas and boosts pressure from 1 to 33 bars.

The train was installed in the early 1970s. Through the years, the train required extensive maintenance. Inspections to the hot gas path of the gas turbine revealed damage to combustion liners, nozzles and blades, as well as issues with the hydraulic starter, instrumentation failures and casing ovality (deviation from being completely circular). Further recurring issues included failures in the seal oil seal of the compressors, vibration and instability due to the presence of riveted impellers in the compressor rotor. The situation was complicated by a diversity of instrumentation in the gas turbine and train components such as bearings, seals, proximity probes, temperature and pressure gages, and control valves.

The configuration for the new compressor is a back-to-back rotor with five and four impellers per stage, similar to Figure 1. The technology improvements observed in the new design rely on several factors. Mathematical modeling and CFD tools were used to develop an improved aerodynamic 3D design for the impellers with high flow coefficients allows a more appropriate profile in the vanes. This is especially useful in the configuration of the first two impellers.

In the early 1960s, the first tilting pad journal bearings application in compressor began operation to solve instability problems. At that time, operating speed was limited to prevent oil whirling and oil whip. Researchers gradually spread a better understanding of vibrational phenomenon and rotordynamics. As a result, enhanced dynamic features were incorporated into compressor design based on advances in rotor dynamic and lateral analysis.

Finally, advances in manufacturing enable automated CAD-CAM tools to machine complex designs, especially in small coefficient impellers with a tip width smaller than 15 mm. Development in laser sintering powder and the electron beam welding process have cleared the way for the production of smaller impellers, as required in injection compressors with discharge pressures above 5,000 psi. Some manufacturers have extended these capabilities as high as 14,500 psi (1000 bars).

There is an inherent reliability enhancement in the compressor due to a reduction in the footprint of components such as the gearbox, compressor casing, dry gas seals (DGS) and bearings, as well as improvements in the anti-surge system with enhanced depressurization during emergency shutdown.

The materials used in the compressor includes 17-4 PH impellers (good for preventing of stress corrosion cracking in sulfide environments), fluorosint interstage labyrinth seals and a stainless steel-cladded casing. A substantial reduction in footprint was achieved via the new design.

The aerodynamic design of the compressor had a type II test according to ASME PTC 10 test code rules. This is done using a nonexplosive inert gas. Typically, the gas molecular weight in the test is higher than the real service gas. This enables lower equivalent test speeds and a lower power requirement for the driver. The new compressor’s performance was successfully tested with Freon 134a. The total absorbed power was 2.5% lower than expected.

A dynamic analysis was performed to assess the system needed to prevent surge (Figure 3). Many factors were discovered which impacted the selection of the antisurge system. Aggressive reverse flow was discovered that derived from a high-pressure ratio (10-1) in the first stage. Additional reverse flow was found at the discharge side of the first stage once the second stage antisurge valve diverted the gas to the suction side. Further, sudden pressurization at the first stage suction prevented activation of the pressure relief valve during emergency shutdown. Blow off valves were installed at the discharge sides of the stages to depressurize and prevent damage in the compressor, static equipment and pipes located at the compressor suction side (Figure 4).

Figure 4: First stage behavior during shutdown with blow-off valves at both stages.[/caption]

Limitations in the existing gas turbine forced operation at a fixed speed to limit the temperature at the exhaust side and to keep steady load (load sharing was not available). This condition required the compressor to recycle during periods of instability. Fortunately, the plant generates excess steam, which drove the decision to select a steam turbine as a driver. The existing single-shaft gas turbine was replaced by an eight-stage impulse steam turbine.

The new steam turbine includes a dual control valve to allow start-up without the use of a combined trip and throttle valve, and brush seals in the external labyrinth to reduce steam leaks to the gland condenser. The steam turbine is an 82% isentropic efficiency back pressure machine. Construction materials include ASTM 470 for the rotor, ASTM A-565 for the first stage blades and AISI 403 for second- to eighth-stage blades.

Overall, the exceptionally high-pressure ratio for a single casing machine triggered special challenges to design an optimal compressor and a corresponding anti-surge system. The resulting single casing compressor directly driven by a back-pressure steam turbine is expected to start operations in first quarter 2021. 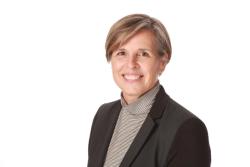