POSCO E&C has been awarded a US$650 million combined cycle power plant and LNG terminal in Panama by Gas Natural Atlantico S. de R.L and Costa Norte LNG Terminal S. R.L., a subsidiary of AES Panama. The power plant has a generating capacity of 380MW and is likely to supply approximately 15 million households. The LNG terminal will have a capacity of 180 000 m3.

The project will be located in Colon Province, 60 km from Panama City. POSCO E&C became the first Korean construction company to construct a power plant in Latin America in 2006, when it built the AES Ventanas coal-fired plant in Chile, and the Campiche and Angamos projects in 2007. 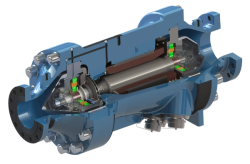