PowerGen and Other Industry Shows Cancelled

In mid-December 2021, the industry came together at the Turbomachinery Symposium in Houston. This was one of the first live gatherings in almost two years. Attendees were delighted to see their old friends again. They looked forward to many more such gatherings in the early months of 2022. But it was not to be.

PowerGen International, the biggest show on the power industry calendar, is no longer happening in late January. It has been postponed until May 23-25, 2022. It will be held at the same location, the Kay Bailey Hutchison Convention Center in Dallas, TX. Show organizers issued a statement.

“With the recent surge in COVID-19 cases, we have had open and honest discussions with our exhibitors, sponsors, speakers, and attendees over the past few days. At this time many companies still have travel bans in place that are impacting their decision to travel to events. We respect those health and safety decisions being made and are confident that delaying the event until May will deliver an environment where people feel safe to reconnect face-to-face and business can be done.”

Other casualties include the Baker Hughes Annual Meeting (AM) in Florence, Italy for the oil and gas industry, and the Western Turbines Users Inc. (WTUI) conference in Southern California. The AM is typically held late January/early February each year. It is a gathering of oil & gas executives from all around the world. Organizers were still hopeful of holding it prior to Christmas. But a statement was issued in early January:

“Regrettably and after much consideration, we decided to cancel the Baker Hughes Annual Meeting 2022, which was due to be held in Florence at the end of January. Considering the continuing spread of the Omicron variant, which is proving to be highly contagious as well as impacting global airline travel, we believe that prioritizing the well-being of our attendees, partners, and employees must come first and foremost.”

The Baker Hughes AM is set to resume in January 2023. This event is one of the best around to gauge trends in oil & gas and LNG.

WTUI cancelled its Spring 2022 conference many months ago to howls of disappointment. Yet the organizers must have had access to a reliable crystal ball by predicting the lay of the land so far in advance. WTUI 2022 will be held virtually for the second year in a row. As the biggest gathering of aeroderivative turbine users in the world, this event is one of the cornerstones of the turbomachinery calendar. 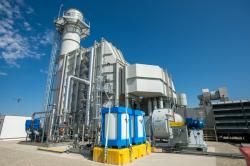