The colors of hydrogen: Why do we care?

The Myth Busters discuss the many colors of hydrogen and their place in the energy economy.

Hydrogen is a colorless, odorless gas that burns with a near invisible flame. So why do we constantly hear about green, blue, grey and other colors of hydrogen? What are these colors for?

Hydrogen “colors” colloquially refer to the way the hydrogen is generated. We have a rainbow of colors including brown, grey and black that are not part of the rainbow. For the most part, turbomachinery that either utilizes or transports hydrogen doesn’t care where and how the hydrogen originated. But it is still important to understand the basic nomenclature.

Green hydrogen is produced without any greenhouse gas emissions. It is made by using electricity from renewable sources, like photovoltaics or wind power, to electrolyze water. Electrolyzers use an electrochemical reaction to split water into its components, hydrogen and oxygen.

Blue hydrogen is produced from natural gas using a process known as steam reforming, where natural gas and steam react to form hydrogen, but also carbon dioxide. To make hydrogen “blue,” the carbon dioxide must be captured and sequestered. If the same process is used, but the carbon is not captured, it is called grey hydrogen.

Black and brown hydrogen are made through partial oxidation gasification from black coal or brown coal (lignite). This is the type of hydrogen that creates the largest amount of environmentally damaging by-products.

Red (also known as pink or purple) hydrogen is generated using electricity from nuclear energy. Just like green hydrogen, an electrolysis process is used. The difference is that the nuclear waste is created as a by-product of these processes. There are also some ideas to use the high-temperature reactors or available steam.

Turquoise (or cyan) hydrogen is made by a process called methane pyrolysis. The by-product is solid carbon. Depending on the thermal process that is used for pyrolysis — for example, whether it comes from renewable sources — and the capability to store the solid carbon permanently, this can be a low- or no-carbon process.

And lastly, white hydrogen, is naturally occurring geological hydrogen. Yes, there is a process that involves drilling a hole in the ground to get to hydrogen, with some fracking involved; however, there is currently no large-scale exploitation of this relatively rare resource.

Why do we care about these colors of hydrogen, especially since the machinery is agnostic to its source? There are two areas where the production source can make a difference: the pressure at which the hydrogen is available and the composition of the hydrogen gas.

Why are these features so important? Both relate to the fact that hydrogen compression is energy intensive. For a given mass flow, the amount of work to get a certain pressure ratio with pure hydrogen is almost 10 times higher than that of natural gas. Of course, hydrogen has a much higher energy density on a mass basis than natural gas (the lower heating value of hydrogen on a mass basis is 2.5 times that of natural gas), but even for the same energy flow, the compression work for hydrogen is four times higher.

On the other hand, even a small amount of composition impurity of the hydrogen, such as 4-5% carbon dioxide, can substantially lower the compression work by a factor of two. Therefore, it makes a big difference at what pressure and composition the hydrogen is made available in various compression processes. Also, both the combustion characteristics and the compression work change if other components (such as carbon dioxide or methane) are part of the hydrogen produced. Lastly, the capability of hydrogen to cause material issues (such as hydrogen embrittlement) can be influenced by the presence of other substances in the gas composition.

A third consideration of the source of hydrogen has less to do with the gas itself and more with the by-products of its generation process. Specifically, in processes that produce hydrogen from fossil fuels, carbon dioxide usually also is generated. For example, if blue hydrogen is produced from natural gas using steam reforming, about 10 kilograms of carbon dioxide are produced for every kilogram of hydrogen. In these cases, the separation, transport, and sequestration of carbon dioxide is necessary to maintain greenhouse gas neutrality — and that requires additional compression infrastructure.

The Digital Twin Knows it All 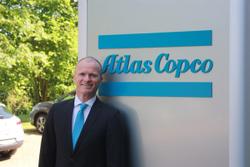