There are many reasons for turbomachinery problems and failures. Resonance, for example, is often overlooked.

Rotating parts and components such as impellers and blade rows could be in resonance with any excitations generated by turbomachinery. Resonances for the first and second natural frequencies can be dangerous. Generally, there could be numerous cases of resonance. The second natural frequency of a rotating component, in one example, proved to be almost exactly an integer multiple of the first natural frequency. This led to an excitation and operational problems. Fluid induced vibration, oscillatory changes of fluid pressure, and turbulent flow (vortex formation) might also cause high vibration or even failure.

Fatigue, too, is often a root cause in failures of rotating parts. Individual stress amplitudes should be analyzed to ensure associated components will not fail due to different forms of fatigue such as high-cycle fatigue (HCF) and low-cycle fatigue (LCF).

For shaft failures, the reasons behind failures can be broken down into:

Before the root cause of a shaft failure can be determined, it is necessary to understand shaft loadings and stresses. Ability to characterize the microstructure and surface topology of a failed shaft is critical. Visual inspection, optical scanning, electron microscopes, and metallurgical analysis can be used, for example.

Many failures can be diagnosed using a fundamental knowledge of shaft failure causes and visual inspections. This can later be confirmed through a metallurgical laboratory or other methods.

Based on case studies from several plants, the main reasons for shaft failure are: corrosion (35%), fatigue (32%), brittle fracture (16%), overload (11%), and creep/wear/erosion/abrasion (6%). Some studies found fatigue responsible for more than 50% of failures. Therefore, pay attention to surface discontinuities such as keyways, steps, shoulders, collars, threads, holes, snap ring grooves, and shaft damage or flaws.

Keyway regions are often problematic. Keyways are commonly used to secure rotating components, rotor cores, and couplings to the shaft. The take-off end (or drive/driven end) is where highest shaft loading occurs. Fatigue cracks usually start in the fillets or roots. A keyway that ends with sharp step(s) has higher stress concentration than one using a sled-runner type. In the case of heavy shaft loading, cracks frequently emanate from sharp steps. Avoid connections using keys if possible. If it can’t be avoided, obtain sufficient edge radius.

Fatigue-related failures usually follow the weakest-link theory: Fatigue leads to an initial crack on the surface; cracks propagate until the shaft cross-section is too weak to carry the load; and finally, a sudden fracture occurs.

Finally, shaft fretting can cause serious damage. Typical locations are points on the shaft where a press or slip fit exists. The presence of rust between mating surfaces helps confirm fretting took place due to movement between mating parts. Once fretting occurs, the shaft can become sensitive to fatigue cracking. Shaft vibration can worsen this situation. ■ 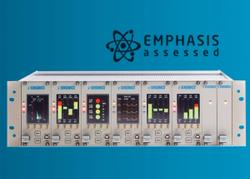 The economics of hydrogen