Who is to blame for the Texas grid outages?

The ERCOT grid in Texas works well with renewable energy. But increasing the volume of renewables further may not be practical. More generation of all types and greater attention to winter readiness is needed.

On Wednesday, Feb 10, 2021, it became apparent that a polar vortex (formerly known as winter) storm approaching Texas would likely cause plenty of pain. The Electric Reliability Council of Texas (ERCOT) issued an advisory warning to all generators to prepare for extended freezing weather. On Friday, the governor of Texas declared a state of emergency for all 254 counties. Spot prices for natural gas climbed as did the wholesale price of electricity.

Generating units of all types (gas, coal, renewables, nuclear) began falling out of service on Saturday. At 10:30 PM Sunday, one of two nuclear reactors located near Corpus Christi tripped offline, a 1,200 MW forced outage. ERCOT initiated rolling blackouts to prevent a blackout of the entire Texan grid. Should a complete grid collapse occur, it can cause extensive damage to transmission lines and connected equipment. That would add weeks or even months to arrive at a full recovery. The decisive action to quickly implement load shedding avoided such a grid collapse with only a few minutes to spare.

During the next three days, supply did not come close to meeting demand. The shortfall exceeded 20,000 MW at times. By Thursday, some of the forced outages at generation plants had been resolved. Higher temperatures enabled the rolling blackouts to be shortened or eliminated. Power had been fully restored to most customers by Friday 19 Feb except a few isolated areas where had damaged distribution lines.

The Texas grid does not fall under the authority of the Federal Energy Regulatory Commission. Most Texans like it that way. Feds in Washington D.C. don’t. This wiring diagram was created during World War II as protection from any event that could possibly take down the electric grid of the entire country.

After the storm, some floated the notion that if ERCOT had been electrically connected to the Eastern and Western grids, power could have been imported to avoid blackouts. This is false. The regions of the grids adjacent to ERCOT were also affected by the storm. They incurred shortages of natural gas and rolling blackouts. There would have been no power available to import.

Fossil fuels are a big part of the Texas economy. For 20 years, they that have felt the squeeze as renewable energy has grown to generate approximately 25% of the electricity in the state. So it would be convenient for fossil fuel advocates to blame the problem on the highly diminished output of wind and solar generation during the storm. Indeed, wind turbines were shut down due to freezing and solar panels contribution fell to almost nothing due to cloudy daytime conditions along with snow and ice. But there is plenty of blame to go around, too, for thermal plants including gas, coal and nuclear that produce the other 77% of the power.

The facts are that the thermal fleet was not properly winterized. Why not? One possible explanation is that during 2020, the winterization inspections called for by ERCOT were done virtually instead of in person. Another possible explanation is that the process of winterizing a thermal plant causes some reduction in performance during the summer months. Most generation in Texas is privately owned with financial results normally pegged to performance during the hottest days in June-Sept. Therefore, there is a natural bias for asset managers to be more highly focused on summer instead of winter.

A brief word about wind turbines and freezing. The 4 big wind OEMs are Siemens, GE, Mitsubishi and Vestas. Each offers a “cold weather package” as an option for purchasers of wind turbines. The blades can be made out of special materials, the gear boxes are better insulated, and a higher grade of lubricants is utilized. But this can increase the capital cost of the wind turbine by 10-15%. Given the relatively warm climate of Texas, most wind farm developers decided not to purchase the cold weather package. Keep in mind that during normal winter conditions, power prices in Texas are low. The economic decision to use the low-cost design generally made sense. But don’t be surprised if there are a lot of cold weather retrofit kits installed on wind turbines during the spring and fall of 2021.

In summary, politicians will hunt for a scapegoat to serve their narrative. The ERCOT grid works well with renewable energy producing about 25% of the electricity. But increasing the renewable component much further may not be practical. Bulk storage of electricity via batteries is still uneconomical, without huge subsidy, when compared to storage of fuel in a coal pile or gas/oil in a tank at the site of a thermal plant. The state of Texas has added approximately 4 million residents since 2010. It seems that more generation of all types will be needed with greater attention given to winter readiness. 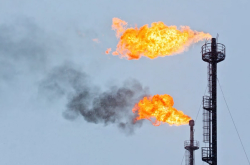