Alstom SA has signed a cooperation agreement with Brazil's steam turbine manufacturer NG Metalurgica which allows it to enter the local market for high performance, small and mid-size steam turbines. Under the agreement, NG Metalurgica will be selling the French energy infrastructure group’s Geared Reaction steam turbines (GRT) in Brazil. In turn, Alstom will provide all the necessary technology to its partner, "contributing certain engineering services and components to the turbines sold by the Brazilian company," says a recent press release.

Daniel Wahler, Alstom’s vice president of industrial steam turbines said the partnership will be beneficial for both parties since it comes at a time when Brazil urgently needs to build up its biomass and industrial power generation capacity. Brazil’s installed biomass power capacity is expected to increase to 17 GW by 2018, according GlobalData.

Earlier this week, 389.3-MW of existing biomass power plants won power sale contracts in the government's April 27 energy auction, and 13 biomass projects with a total capacity of 538 MW participated in another recent auction. 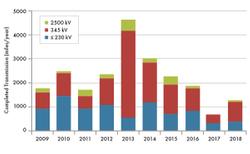 Two casings of steam turbine leave factory, one by land and another by river