It's been quite a decade

The last ten years witnessed massive shifts in the industry. Back in 2010, I was the fresh-faced, brand new Editor-in-Chief of Turbomachinery International. Coal was king. Renewables were just beginning to have some real traction. Fast forward ten years and natural gas is king – at least in terms of U.S. annual power production. However, no official coronation ever occurred. In fact, the renewable energy camp seems hell bent on deposing gas as soon as possible.

Ten years from now, renewables should be the undisputed champion. But gas won’t be far behind. No matter the dire predictions about gas being gone by 2030, the power grid can’t live without it. Plans to replace it entirely with energy storage, more renewables, and hydrogen have a long way to go to move beyond the wishful thinking stage. Cheap natural gas in the U.S. means it will be hard to dislodge as an important part of the power mix.

The future will be bright if those involved make it so by adapting to changing conditions in the marketplace and finding viable applications for turbines and compressors.

Turning back the clock again to 2010, turbomachinery OEMs were happily manufacturing and marketing the latest gas turbines, combined cycle plants, and oil & gas processing compressors. These days, they are more intent on promoting their green initiatives. Yet the bulk of their sales and service orders are related to natural gas. Hopefully, the fact that the big OEMs have either reorganized or spun off units devoted to the power industry will bring us organizations that find ways to effectively boost turbomachinery sales.

Another big change since 2010 is software. Back then, almost all discussion was about hardware and equipment. Our magazine led the way in introducing more articles on big data, digitalization, cybersecurity, the Internet of Things (IOT), and the latest generation of controllers. These days, these items have firmly moved front and center. That’s why our cover story is about how software is expanding the capabilities of turbomachinery.

The software theme is continued in a contributed article about asset management. Further contributed articles address topics such as steam turbine condition monitoring and the use of expanders for ethylene recovery at an Australian facility. Our show report summarizes the recent virtual Turbomachinery Symposium.

Meanwhile, on a visit to Virginia Beach, I popped into the Commonwealth Chesapeake plant on Virginia’s lower peninsula for a tour and briefing on how they operate as standby power while also providing spinning reserve to the region.

Otherwise, our columnists attack issues such as bearing oil temperature and expansion joints. The Q and A for this issue features a Woodward executive talking about black boxes versus the latest generation controllers. And a new column known as Vendor Spotlight showcases Kobelco laying out its various compressor products.

We began with a mention of how things were 10 years ago. Let’s look ahead to the next ten years. Over that time, the grid is expected to change markedly. The power mix will shift, too, as coal disappears and wind and solar gain further ground. It’s up to our industry to carve out a future that includes turbomachinery applications. Whether they run on natural gas, hydrogen, or something else, the future will be bright if those involved make it so by adapting to changing conditions in the marketplace and finding viable applications for turbines and compressors. ■ 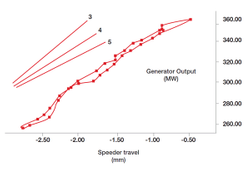